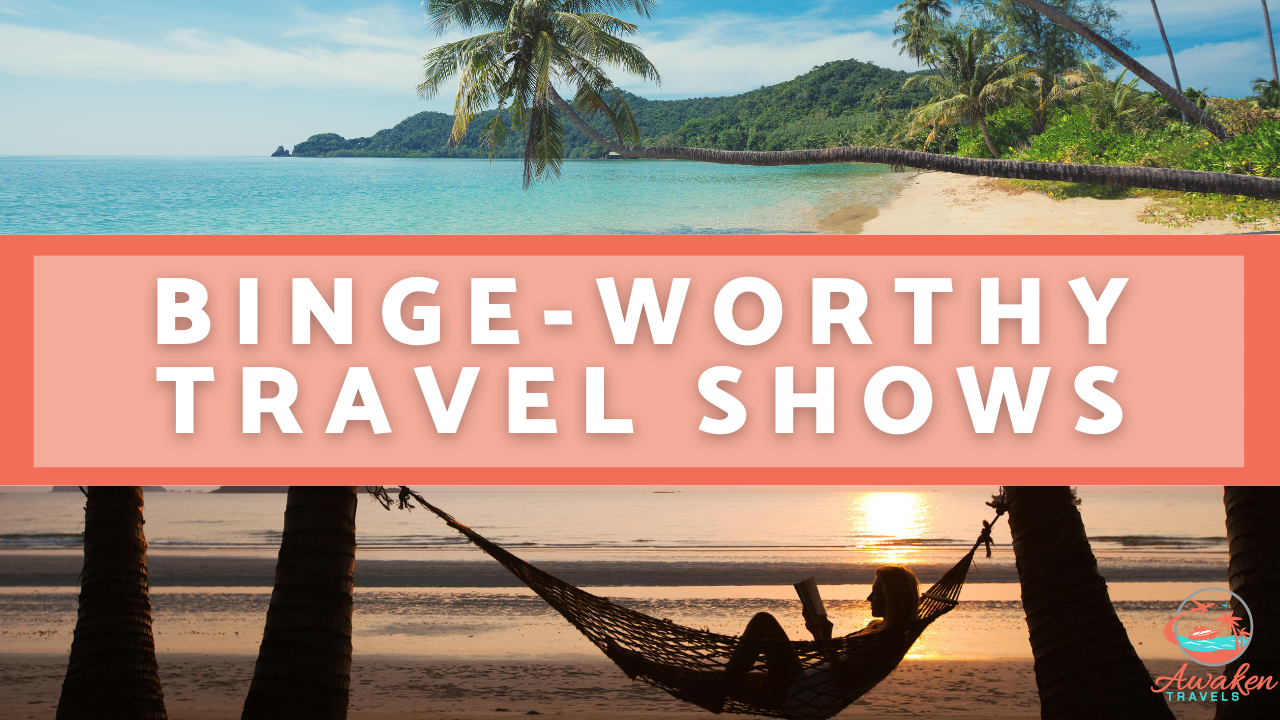 Let’s face it. We can’t always be traveling. Sometimes we have to stay home and get stuff done. Mostly we have to be home to earn enough for the travel piggy bank to get back out there and start adventuring again. But that isn’t the point here. We’re all spending tons of time at home right now, and a bit of a break from reality is always welcomed. After you’re finished binging the most recent season of the Great British Bake Off for the third time, it’s time to figure out what comes next. What about picking some entertainment that happens to be travel research and travel inspiration as well?

We’re all ready for a vacation. SO ready for a vacation, but where to vacation is a huge question. To help you decide, we’ve compiled a list with some of our favorite sources of entertainment that also happen to be great inspiration for new destinations. You’ve likely seen some of them, or at least heard of, but we also included a few gems that even seasoned adventurers might not have encountered yet.

Explore European cities with someone who hates leaving home

A 48-hour whirlwind tour of one famous travel city per episode. In Travel Man, British comedian Richard Ayoade brings a plethora of friends and fellow stars along to experience as much of the city as they can at a breakneck pace. This comes with all the comedic genius and sharp wit that this former I.T. Crowd cast member can cram into two full days. Unlike some travel shows, the focus is squarely on the destination and its offerings, so you feel like you came out of each episode with a real feel of the city. With seven seasons available covering 34 cities, there’s no shortage of destinations to be inspired by. Stream Travel Man on Hulu or get a taste of the show on its YouTube channel. 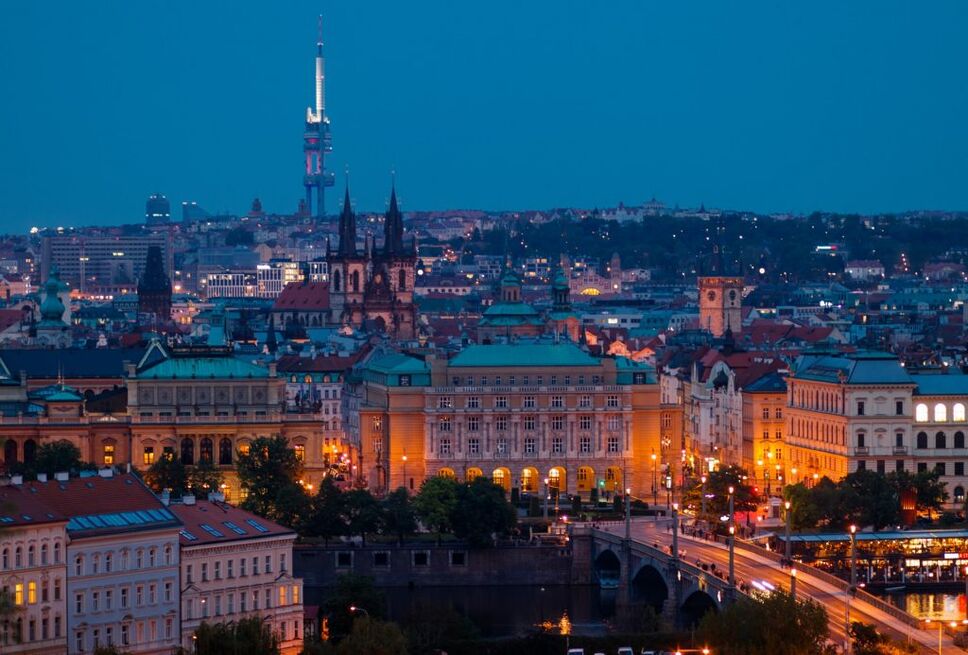 Adventure around the globe with a man we’ll never forget

Everyone has probably at least heard of the shows that star the late Anthony Bourdain. If you haven’t, or just haven’t thought about them in a while, now is the time to jump headfirst back into the catalog for some serious wanderlust. Whether No Reservations, The Layover, or Parts Unknown, the show itself doesn’t matter. Each show has its own feel, and everyone has a favorite. It’s undeniable that seeing the world through Bourdain’s eyes was inspirational.

As a celebrity chef who worked his way up through kitchens with a keen eye for the grittier side of life, he felt more at home on a broken plastic stool at a street restaurant in Kuala Lumpur than eating a Michelin-starred tasting meal in New York. Bourdain’s approach to life showed through the lens of his shows. The beauty he found in the simplicity of the locations he traveled to is sure to get anyone excited about future travel. 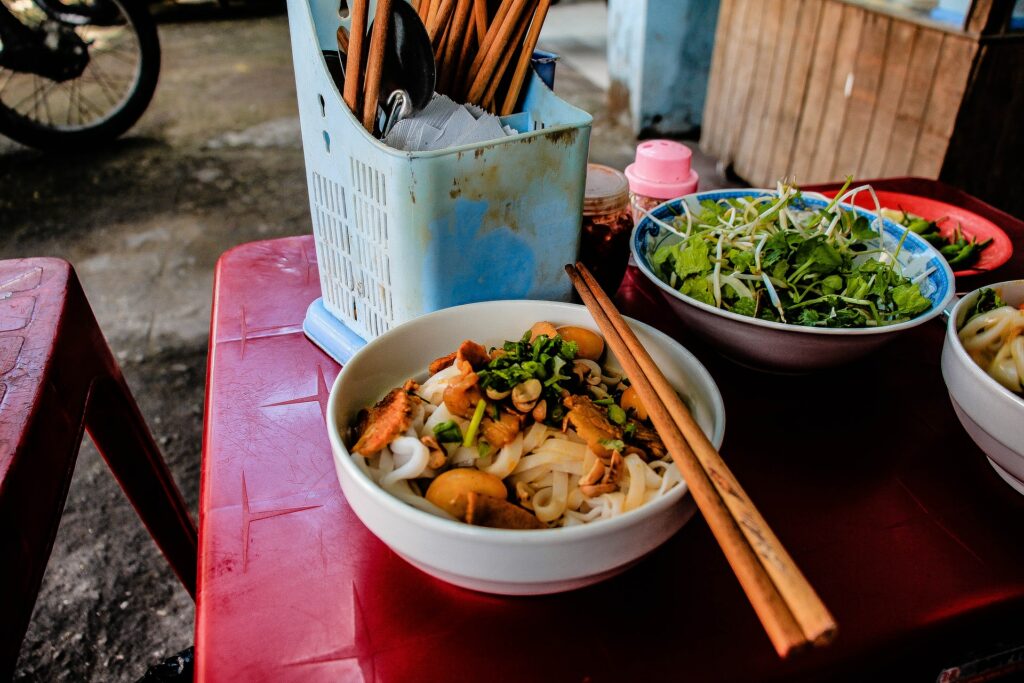 Bourdain was primarily food-focused, but his travel shows are not to be missed, and absolutely worth a rewatch. He might just inspire you to look at places you’ve considered. All his shows are available currently on Pluto.tv.

Join a grumpy guy on a trip around the world

What if your best friends booked you on an all-inclusive adventure to see the Seven Wonders of the World? Amazing right? What if you didn’t have any desire to travel? Karl Pilkington is a generally unhappy man. He feels that there really isn’t anything worth seeing outside of his native England, and he certainly doesn’t think the wonders will be all that wonderful. He’s also totally uninterested in eating foods new to him.

In An Idiot Abroad, Ricky Gervais and Stephen Merchant (creators of The Office) send their friend and former coworker Karl on this exact adventure. They flew him (reluctantly) around the world and dragged him through the sights, sounds, and flavors of a globe he was entirely uninterested in seeing. Far from being a chore to watch, Karl presents a unique and fresh perspective on the world and his destinations while keeping you laughing the entire way. Currently available on Amazon Prime Video.

Motorcycle up, down, and around with two best friends

Ewan McGregor and his pal Charlie Boorman have made a series of single-season travel adventure shows that are truly inspirational. The premise is simple – they each grab a motorcycle, plan a massive route, and bring along a film crew to film the whole thing. Long Way Down, Long Way Around, and 2020’s Long Way Up are each that simple.

Who hasn’t dreamt of just jumping on a bike or in a car and taking 100 days to go from the very tip of Argentina to Los Angeles? And why not do it entirely on electric Harley Davidson motorcycles? The Long Way series shows travel in a way that’s rare to see on TV. Very little of their time is spent in sights or destinations. The show is all about the things they see along the way – the journey. The tiny towns no traveler ever visits and the empty roads between.

The constant ticking of miles traveled is only punctuated by long waits at border crossings, or regular charity work with UNICEF. A way to meet the communities and offer something while they briefly visit. Maybe a massive motocycle trip isn’t for you, but the locations Charlie and Ewan visit are certainly travel inspiration for anyone longing for a vacation. Long Way Up is currently available on Apple TV+.

Eat your way around the globe

Street Food is a perfectly titled show. These Netflix offerings will make you crave food you hadn’t even heard of five minutes prior. Street Food: Asia, and Street Food: Latin America are presented in more of a mini documentary fashion with no celebrity host, but rather a local expert in each destination. This show offers a slice of life and culture to pair perfectly with the food offerings. 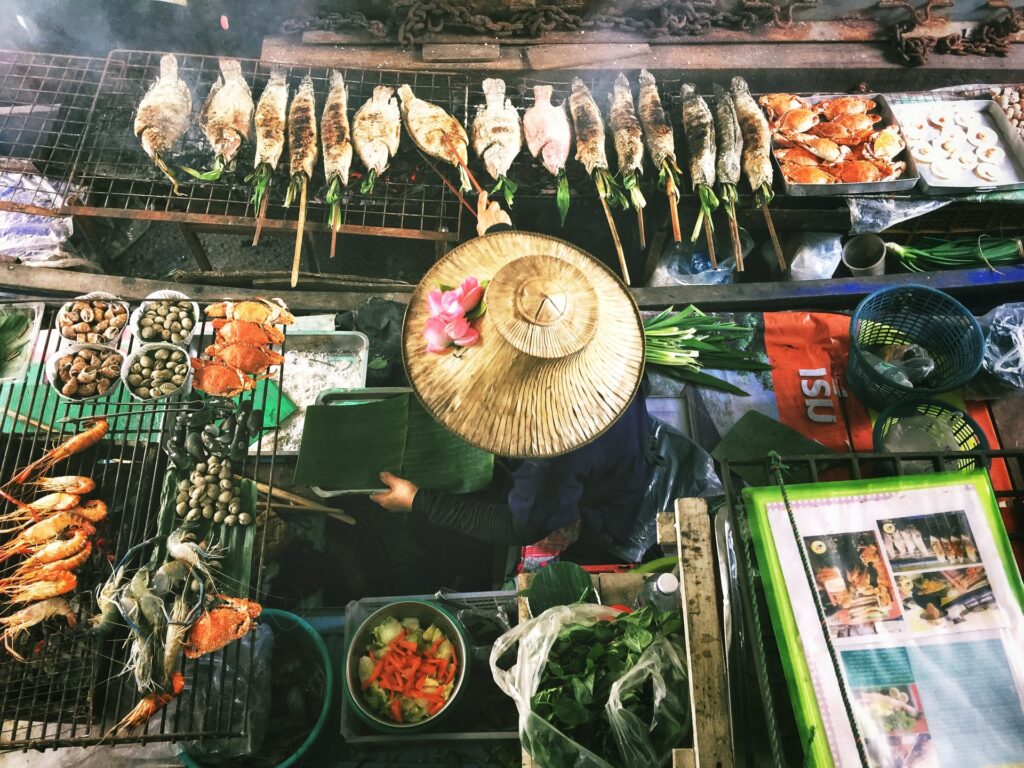 Experience firsthand who these street chefs are and the care they put into each and every dish they put out. Up until recently, street food was a relatively unknown and certainly uncelebrated cuisine in the eyes of the average American citizen. Far from that view, this show celebrates the humble chefs and restaurateurs who have always kept the working people fed and have elevated their humble dishes to an art, often many generations in the making.

Both Street Foods seasons are available on Netflix.

Ready to take the vacation of a lifetime?

We specialize in bespoke travel, catering every detail to your desires. Vacation is too special for a lack of planning! Get in touch with us and let’s start planning the where, when, and what of our next trip. Even if you’re not looking to travel soon, now is the best time to start sorting out details and getting reservations lined up. The world awaits! 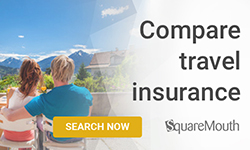